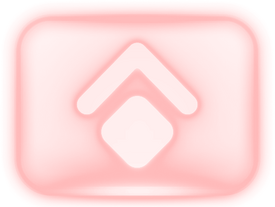 Shunt is an offensive power-up that shoots a missile at nearby drivers. After a certain amount of time, the missile will expire if it does not hit a car; however, it is able to move rather quickly (though not as fast as a Bolt), catching up to vehicles that are well off-screen. Shunt does a large amount of damage and causes cars to rapidly slow down and/or flip in the air, losing all steering control for a brief period.

When the Shunt is selected in the player's Power-up Bay, a red "lock-on" reticle will appear around the opponent closest to the driver's center of vision (not necessarily the one closest to the driver); turning the vehicle slightly causes the reticle to seek other targets. If fired normally, the Shunt missile quickly locks onto the target vehicle and homes in on its position; it will take corners reasonably well, but will not avoid foreign objects or other vehicles (which can cause it to extinguish). When fired backwards, the Shunt missile travels in a straight line, and loses its homing capability.

If a player is being tracked by the missile, a flashing red bar will appear at the bottom of their screen, accompanied by a screeching alarm. If the targeted player has the ECM Mod installed, the alarm beeps instead, and the warning light flashes green when the Shunt's tracking ability is disabled (allowing the target to evade the missile more easily).

Any player can be hit by a missile, even if they are not being tracked by it. A missile can be evaded by outmaneuvering it or by using a different power-up against it; firing a Shunt missile backwards, dropping/firing a Mine, using a Barge, activating the Shield power-up, or shooting two Bolts at the missile will destroy it. If the shunt is hit by a single Bolt, its power is reduced, and when it hits a car it will only jolt it instead of causing it to flip.

Players will not be hit by shunts they have fired themselves, which can occasionally happen when using a Nitro right after firing the Shunt.

In Career Mode, the Super Shunt Mod, which increases the amount of damage done to an opponent, can be unlocked by defeating Drayke in his One-on-One.[1]

Retrieved from "https://blur.fandom.com/wiki/Shunt?oldid=7145"
Community content is available under CC-BY-SA unless otherwise noted.